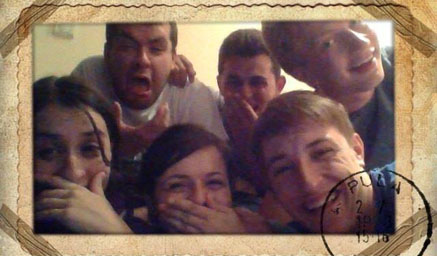 Like Big Brother, you get to stay in an accommodation with people that are completely different from. Not always. But it is pretty likely.

Everyone has their own trait. I’ve been given the nickname Caspa, after the friendly ghost because I’m one of those mysterious guys that goes out and returns unpredictably. Luckily, I’m blessed with fantastic housemates and it’s nothing personal to them, I just do so many things.

You always get that one contestant who is ever so well spoken and ONE THAT’S LIKE WELL PROPER LOUD! It could be a bit like that as people come from all over the UK and overseas, so, eventually, your voice blends into a weird mutt of an accent. 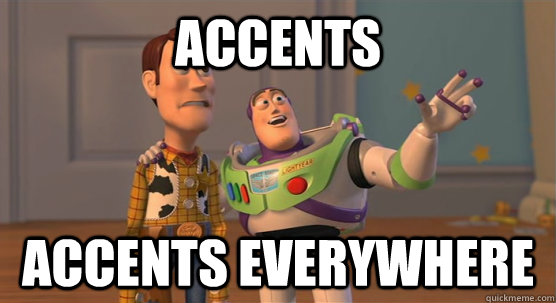 Last year, I noticed my intonation rise at the end of my sentences and then I realised it was an influence from a flatmate. It was so contagious other people said it happened to them too.

You know those random pointless conversations at about 2 am on Big Brother? Well, they happen. When it’s late and you’re all just chilling in the communal area together, without TV, you have some of the best conversations!

Whether it’s talking about how you would spend money as a millionaire or discussing the actual definition of “y’alright” to international students.

Like those crazy contestants, when you start settling down, you slowly and surely become insane (in a good way!).

When I was in halls, we decided we wanted a dog, so someone went out and bought a stuffed one. Not a real stuffed one, but you get the picture. We gave it a name, gave it a bowl of water and another with dry pasta.

You’re literally in a bubble from the outside world. You only hear important news stories when it comes up in conversation, days after, or if someone shares the story on social media sites.

You’ve all seen the ridiculous pranks or ‘tasks’ set by Big Brother, like dressing up in a cow costume whilst pouring milk on a housemate to wake them up. Don’t worry! That won’t happen… But some interesting pranks sometimes occur (if you’re quite close with your housemates). There are the classics like wrapping a person’s room with foil or sprinkling cress seeds everywhere.

I left my door unlocked once and came back with sticky notes everywhere in my room, the awesome thing is they also hid them in secret places so I kept finding them throughout the year.

Big Brother opponents have to follow a lot of close rules and if they don’t abide by them, they get punished.

One of the things we did last year was putting up a long list of silly rules on the kitchen walls and made ridiculous consequences like – If someone is sleeping past 3 pm, everyone bangs a wooden spoon on saucepans.

I think we did it once, but it’s just a laugh.

People on the reality TV show share shopping on a budget. Some flats like to do the same as it’s more economical, convenient and people can take their turn on cooking.

We tried that last year, but it didn’t work out as some people bought more than another. A thing that did work out well was everyone ordering/paying for their own stuff on one massive home delivery.

When all housemates meet each other on the programme for the first time, they’re all so lovey-dovey. Then soon their real personalities shine through and some bad habits become evident.

During Freshers, the flat goes out with each other a lot and eventually becomes less and less as people have different assignments etc. Later on, in the year, there might be some little clashes, but they’re only on small things like being late on the washing up and then everything’s back to normal.

The clashing is not as dramatic as Big Brother, it might just be a little note near the dirty dishes saying ‘Clean these now’.

Just like the Big Brother, every flat must have had that one story that happened and keeps being brought up in conversation.

Last year, we had this incident during Freshers, which at first was annoying, but then it always came up in jokes.