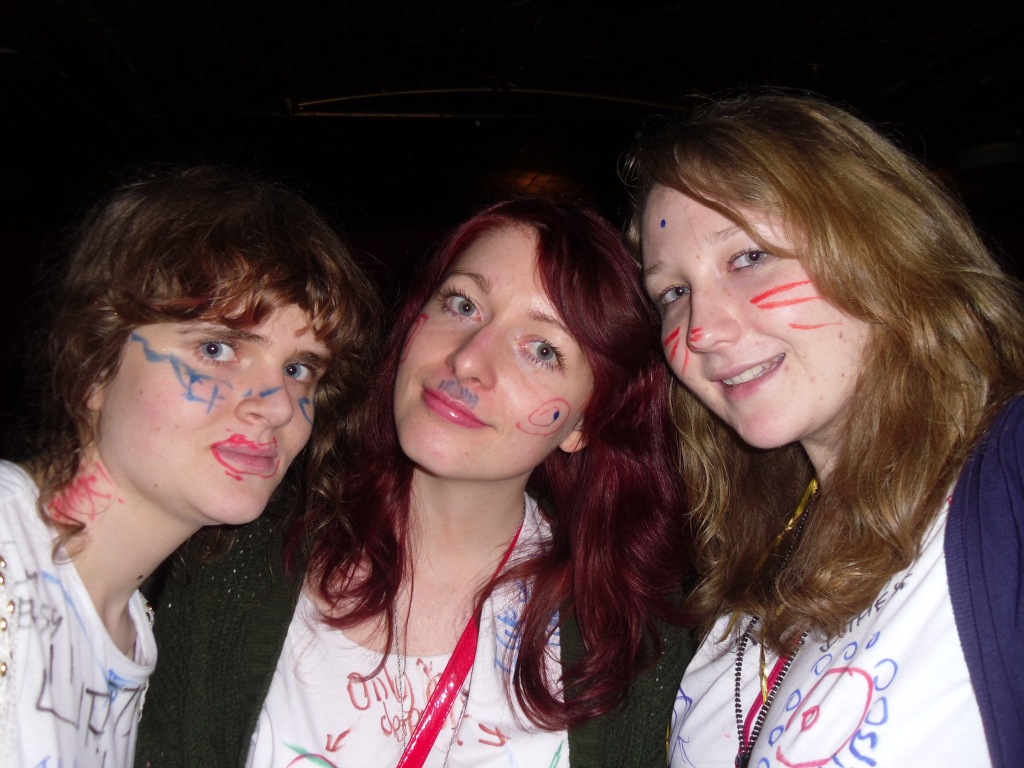 Social outings to bars and clubs can often be considered a big part of student life, but if you’ve never been before then it’s nice to get a good idea of what it will be like!

Before uni, I hadn’t really been clubbing before at all, but since then I’ve been introduced to several clubs in Worcester and have found it pretty fun! I know it can be pretty daunting for those of us who aren’t used to the clubbing atmosphere, so I’ve put together a few tips that I’ve picked up on my nights out over the past three years. I hope they help you make your nights out really enjoyable!

This folks is my top recommendation for a night out. Choose someone you trust such as a close friend, whom you can stick with for the night and decide together that you will look out for each other. I think it’s really important to do this for two reasons:

– You’ll be able to plan the route home. Make sure you plan this BEFORE you go out. Say: ‘We’ll go back to halls together’ and then stick with the plan! More experienced club goers may do something different but definitely during the first few times I think this is a must.

– They can show you around. Now I’m someone who likes to have my personal space, and often in clubs personal space gets invaded by the crowds. I simply tell whoever I’m going out with that I’m not that great in crowds and that I get a bit nervous, and voila I have a friend who’ll lead me through the busier spaces and make sure that I’m okay. So if you do have any worries, make sure to confide in a friend! You can also return the favor and keep an eye out for them too!

This applies to everyone I think. I’m not a big fan of heels personally, so I go with some comfy flats when I go out. But if you girls (and guys) would prefer to wear those brand new four inch heels to town then make sure that they are your comfiest. I say this because there are quite a few stairs around the clubs in Worcester and you don’t want to risk falling! There’s also the risk of finding glass on the floor…and you don’t want to be bare foot at that point!

Also, some of the clubs are kind of fussy when it comes to footwear. If they consider your shoes to be too casual (mainly trainers) then they won’t let you in past the door. So be aware of that too!

I know that as students we’re all constantly reminded of our bank balance. Saving money on a night out is lovely, and there are many different ways to get a discount on your entry to a club. Some of these apply just to students, such as the occasional voucher on offer from the students union, or the VIP cards given out to society committee members. There are also deals offered on the night that you can look out for. It’s good to be aware and make sure you get a great deal and save some money! The other night I got into Velvet with a discount balloon….

With different themes on every night, it’s important to choose the one that suits you most. Our university alone is home to many students with a variety of tastes, so it’s not a surprise that we all like different music either! From UV nights and foam parties, to cosplay nights and themed music, there’s a little something for everyone. Personally I like to go on 90s/00s night!

It’s also good to do this if you like it to be less crowded! Some nights are a lot busier than others e.g) Wednesday is generally used as socials night for societies and sports at the university so it can get pretty busy! But then again, if you want to join in the big socials this might be the best night for you!

5. Look out for each other

I mentioned this in point one but I want to emphasize it again. Try to stick with your group of friends when you go out (it’s so easy to lose them, especially when there is no mobile phone reception in some areas of clubs!) and if one of them looks uncomfortable help them out. Even though most people are there just to dance and have fun there will always be people to be wary of. So take care of each other, okay?!

These are just a few tips that I’ve picked up over the last few years. I hope they help you out when off to the clubs for a good student night out!